Exposure to COVID-19 is an inherent risk in any public location where people are present; we cannot guarantee you will not be exposed during your visit. The CDC recommends that people get fully vaccinated. Per the CDC, vaccines are safe and highly effective at protecting people from severe COVID-19. Getting fully vaccinated yourself may also protect people around you. The CDC still recommends prevention measures for unvaccinated people. For more information see www.cdc.gov.

Enjoy live musical performances from special guests during the Food & Wine Festival, every Thursday, Friday, Saturday and Sunday, Now through May 23. 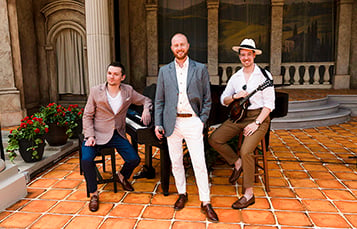 Enjoy a delicious meal and a show 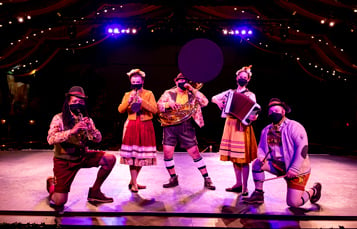 Savor a meal in Das Festhaus while enjoying live music.

Live music fills the village of Ireland during this musical performance.