NO PURCHASE NECESSARY. A purchase will not increase your chance of winning.

Eligibility. The Busch Gardens Tampa Annual Pass Giveaway (the “Giveaway”) is open only to citizens and legal permanent residents of the United States and the District of Columbia who are (1) at least 13 years old at the time of entry and (2) who are physically present in the greater Tampa Bay, Florida, area on October 4, 2018 and October 5, 2018. The Giveaway is void where prohibited by law. Employees of Sponsor, Facebook, Instagram, Twitter and the malls where the Giveaway is conducted, and each of their parents, subsidiaries and affiliates, and individual retail licensees, as well as the immediate family and household members of each of the aforementioned, are ineligible to participant in the Giveaway.

Agreement to Official Rules. By participating in the Giveaway (and if under the age of 18, their parents and/or legal guardians), entrants fully and unconditionally agree to and accept these Official Rules and the decisions of Sponsor, which are final and binding in all matters related to the Giveaway.

Timing. Giveaway takes place on October 4 and 5, 2018 (the “Giveaway Period”) at times and locations designated by Sponsor on its social media channels during the Giveaway Period.  Sponsor's servers and clock shall serve as the official clock for the Giveaway.

How to Enter: During the Giveaway Period, visit the locations during the time periods designated by Sponsor on its Facebook, Instagram and/or Twitter channels (the “Event”) and spin the Giveaway prize wheel.  Entrants under 18 years of age must be accompanied by a parent or legal guardian.

No other methods of entry are acceptable. Limit one entry (and one spin) per person per location during the Giveaway Period.

Sponsor, Facebook, Instagram, Twitter and the malls where the Giveaway is conducted, and each of their parents, subsidiaries and affiliates, and each of their respective officers, directors, employees, representatives and agents (collectively, the “Releasees”) are not responsible for late entries or malfunctions, failures, difficulties or other errors of any kind whether human, mechanical, electronic or network.

Prize/Value/Odds. Thirty (30) prizes will be awarded.  Each prize will consist of one of the following:

Odds of winning a prize will depend on the total number of eligible entries received, the number of spins that have occurred and the number of prizes remaining at the time of the spin.

No winner may receive more than one prize.

Prize Conditions.  Winner may not substitute or transfer prize offered or any portion thereof, however, Sponsor reserves the right to substitute the prize with a prize of equal or greater value.

Winner will be required to comply with all park policies and restrictions (including, without limitation, ride, tour and interaction program height, age and accessibility guidelines).  Prize subject to terms and conditions applicable to specific awarded annual pass and to annual passes in general.

All expenses relating to acceptance and use of the prize that are not explicitly listed herein as being awarded, including but not limited to travel expenses, meals, parking and payment of taxes, are the sole responsibility of the winner. Prizes will be awarded “as is” with no warranty or guarantee, either express or implied, offered by Sponsor. Releasees are not responsible for damage to a prize or loss of a prize after the prize has been claimed.

WINNERS ACKNOWLEDGE THAT PRIZES ARE AWARDED AS-IS. RELEASEES MAKE NO WARRANTIES OF ANY KIND, EITHER EXPRESS OR IMPLIED, INCLUDING, BUT NOT LIMITED TO, IMPLIED WARRANTIES OF MERCHANTABILITY, FITNESS FOR A PARTICULAR PURPOSE, LEGAL COMPLIANCE WITH RESPECT TO APPLICABLE LAWS OR NONINFRINGEMENT AS REGARDS TO ANY PRIZE OR ANY COMPONENTS THEREOF. VOID WHERE PROHIBITED, AS SOME JURISDICTIONS MAY NOT ALLOW LIMITATIONS OF EXCLUSION OF LIABILITY FOR INCIDENTAL OR CONSEQUENTIAL DAMAGES OR EXCLUSION OF IMPLIED WARRANTIES.

ALL POTENTIAL WINNERS ARE SUBJECT TO VERIFICATION BY SPONSOR, WHOSE DECISIONS ARE FINAL AND BINDING. AN ENTRANT IS NOT A WINNER OF ANY PRIZE, UNLESS AND UNTIL ENTRANT’S ELIGIBILITY AND THE POTENTIAL WINNING ENTRY HAS BEEN VERIFIED, ALL NECESSARY DOCUMENTS HAVE BEEN RETURNED AND ENTRANT HAS BEEN NOTIFIED THAT VERIFICATION IS COMPLETE. ANY ENTRY THAT OCCURS AFTER THE SYSTEM HAS FAILED FOR ANY REASON IS DEEMED A DEFECTIVE ENTRY, IS VOID, AND WILL NOT BE HONORED.

If, for any reason, the entrant’s entry is confirmed to have been erroneously deleted, lost, or otherwise destroyed or corrupted, entrant’s sole remedy is another Giveaway entry, if it is possible.  If the Giveaway, or any part of it, is discontinued for any reason, Sponsor, in its sole discretion, may elect to hold a random drawing from among all eligible entries received up to the date of discontinuance for any prize offered herein.

General Terms & Conditions. By entering the Giveaway or accepting or using any prize, entrants (and if under 18 years old, their parents and/or legal guardians) hereby waive and release, and agree to indemnify, defend and hold harmless the Releasees from and against any losses, damages, rights, claim, or cause of action of any kind arising, in whole or in part, directly or indirectly, out of participation in the Giveaway or resulting directly or indirectly, from acceptance, possession, use, or misuse of any prize awarded in connection with the Giveaway, including without limitation personal injury, death, and/or property damage, as well as claims based on publicity rights, defamation, invasion of privacy, or any combination of the foregoing.

By entering, entrants (and if under 18 years old, their parents and/or legal guardians) grant Sponsor the irrevocable right and permission to use, separately or together, their name, voice, statements, photograph, likeness, recorded performance and/or biographical information, in whole or in part, on the Internet and in all media now known or hereinafter developed, in perpetuity throughout the world, for all purposes, including, without limitation, the purposes described in these Official Rules and for general promotional and advertising purposes, without further permission or compensation., without restriction as to alteration, without notice to entrant, and without entrant’s consent, review, or approval, where permitted by law.

Persons who tamper with or abuse any aspect of the Giveaway, act in violation of the Official Rules, or act in any manner to threaten or abuse or harass any person, as solely determined by Sponsor, will be disqualified. Releasees are not responsible for any incorrect or inaccurate information whether caused by tampering, or by any of the programming or equipment associated with or used in this Giveaway, and assumes no responsibility for any errors, omission, deletion, interruption or delay in operation or transmission or communication line failure, theft or destruction. Releasees are not responsible for injury or damage to participants’ or any other person’s computer or property related to or resulting from participating in this Giveaway. Should any portion of the Giveaway be, in Sponsor’s sole opinion, compromised by causes which, in sole opinion of Sponsor, corrupt or impair administration, security, fairness or proper play of this Giveaway, or submission of entries, Sponsor reserves the right, in its sole discretion, to suspend, modify, or terminate the Giveaway, and randomly select the winners from valid entries received prior to the action taken, or otherwise as may be deemed fair and equitable by Sponsor. Any attempt by any person to undermine the legitimate operation of the Giveaway may be a violation of criminal and civil law, and, should such an attempt be made, Sponsor reserves the right to seek damages from any such person to the fullest extent permitted by law. Sponsor’s failure to enforce any term of these Official Rules shall not constitute a waiver of that provision.

As a condition of entering this Giveaway, each entrant agrees that: (1) under no circumstances will the entrant be entitled or permitted to obtain awards for, and entrant expressly waives all rights to claim, punitive, incidental, and consequential damages, and any other damages, other than actual, out-of-pocket expenses, and any and all rights to have damages multiplied or otherwise increased; (2) any and all disputes, claims, causes of action, and liability arising out of or connected in any way with this Giveaway shall be resolved individually, without resort to any form of class action, and exclusively by litigation conducted in United States District Court for the Middle District of Florida, or any state court located in Orange County, Florida; and (3) any and all claims, judgments, and awards shall be limited to actual out-of-pocket costs incurred, including costs associated with entering the Giveaway, but in no event shall attorneys’ fees be recoverable by any party.

This Giveaway is subject to all federal, state and local laws and regulations.

Taxes, if any, are solely the responsibility of the winners.

Rules Request. To obtain a copy of these Official Rules visit the entry table during the Event. 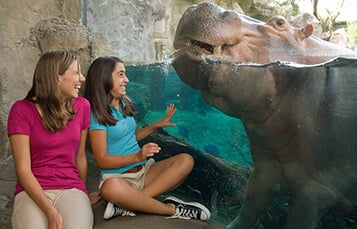 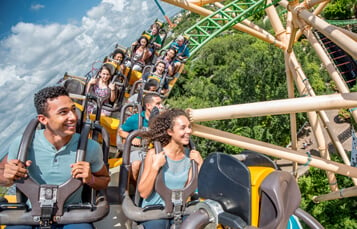